… you can make SO much food. Trust me.

I love using almond milk for my smoothies but am constantly frustrated by the ingredient list on some almond milk brands that claim to be “natural” because they often contain carrageenan. This common food additive is meant to keep ingredients from separating, but it is also the culprit behind inflammation, gut irritation, and cancer. No, thank you.

While I was at school, I did some searching and managed to find a brand of almond milk at Whole Foods free from this unnecessary ingredient. Now that I’m home, however, Whole Foods isn’t as close to my house. Plus, it’s expensive. So, I decided to take matters into my own hands and make homemade almond milk complete with just one ingredient: almonds.

Following a recipe from the kitchn, I let 1 cup of almonds soak for about a day and a half in the refrigerator. After straining them and thoroughly rinsing them with cool water, I put the now softened almonds in a blender with 2 cups of water. All I had to do next was furiously blend the mixture for about 3 minutes and then strain out the almond meal to make the nuttiest and creamiest almond milk I have ever tasted. 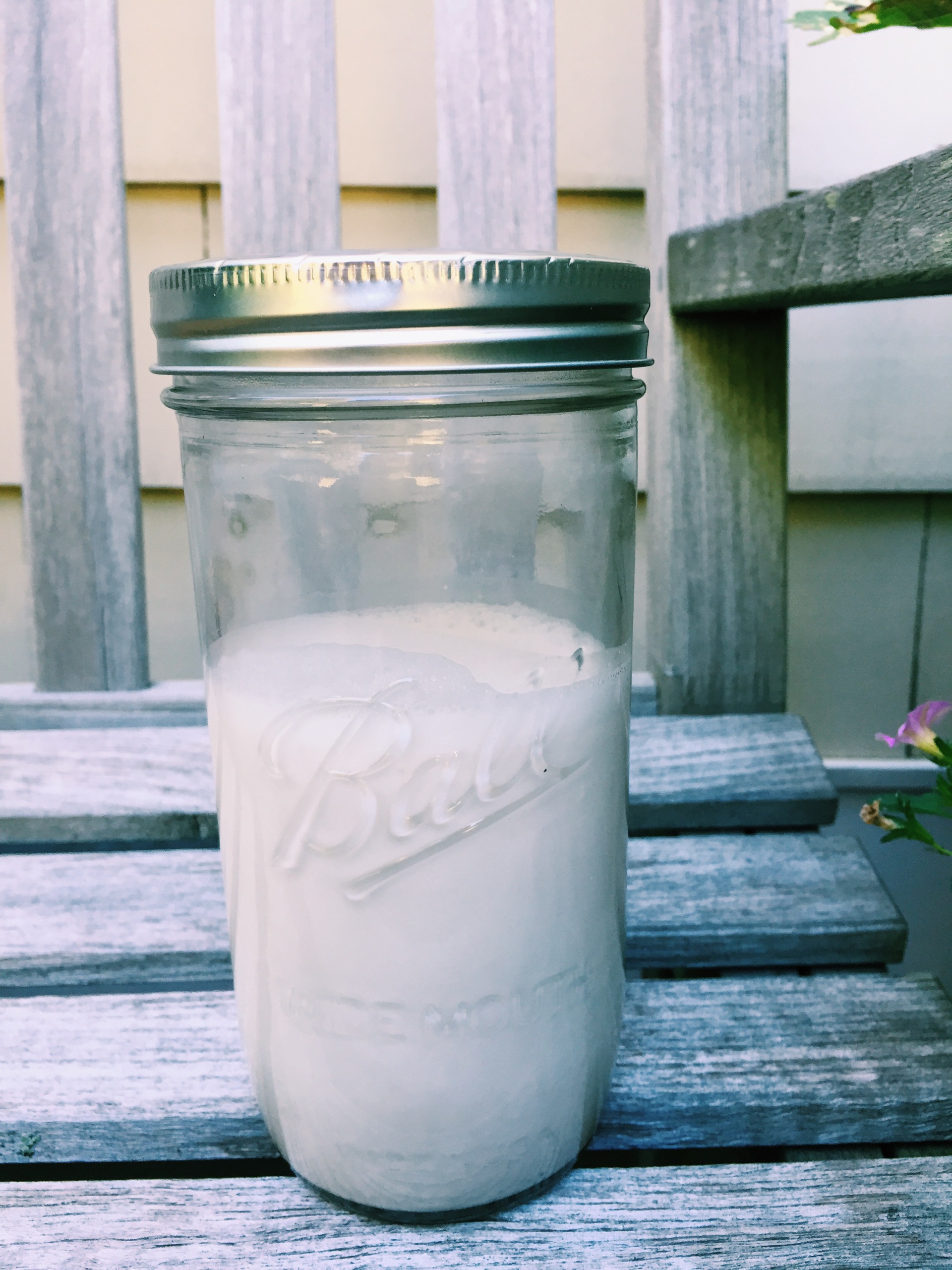 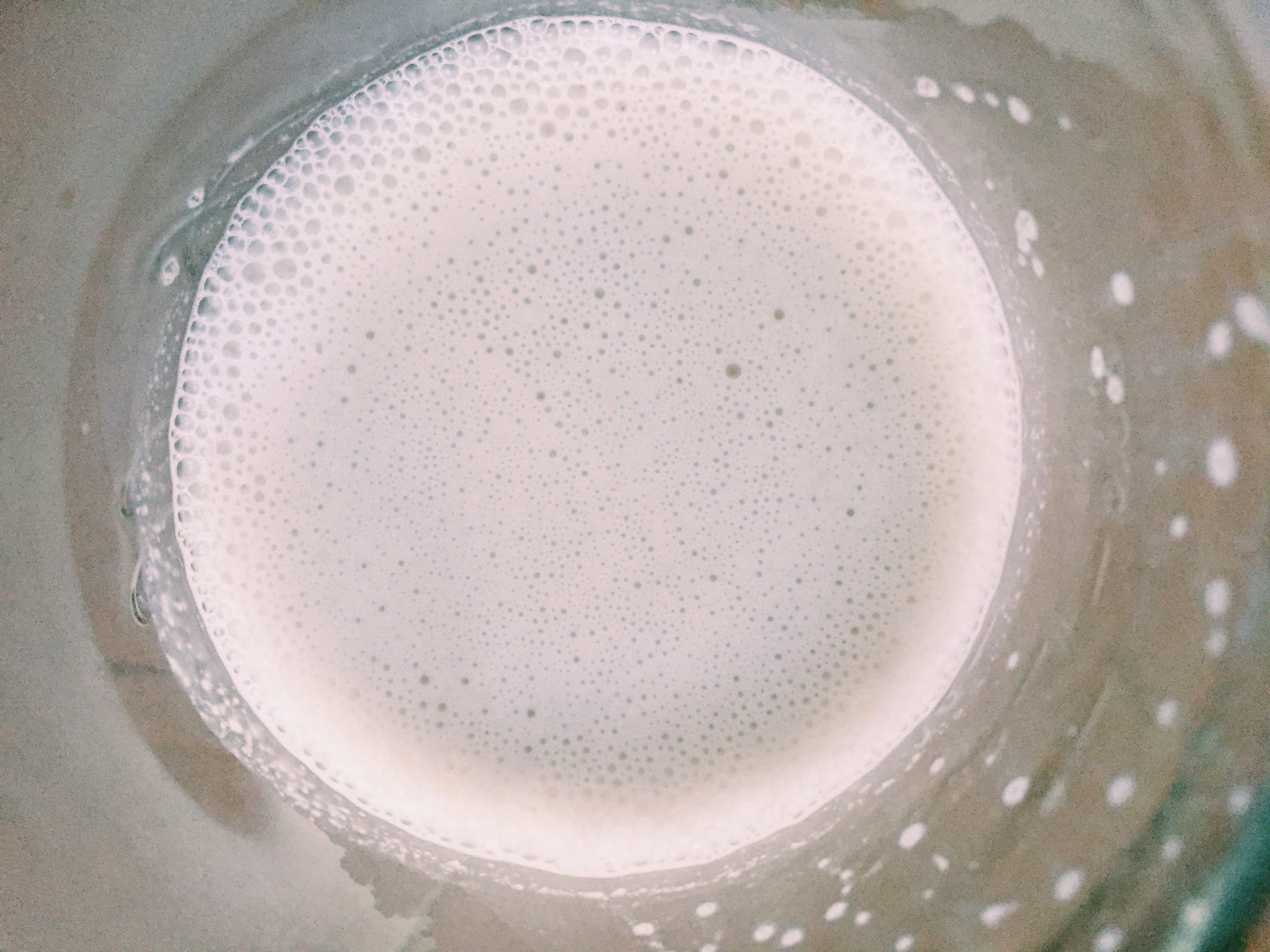 The only problem is that, once the almond milk was strained out, I was left with a large clump of almond meal that I didn’t want to waste. So, after googling ways to use these leftovers, I decided to make rosemary crackers, which turned out to be far easier than I anticipated.

I followed a recipe from detoxinista and combined the almond meal, rosemary, olive oil and salt into a large bowl. Next, I placed the mixture in between two pieces of parchment paper and rolled out the dough with a rolling pin. Before putting it in the oven, I scored the dough into cracker-sized pieces. 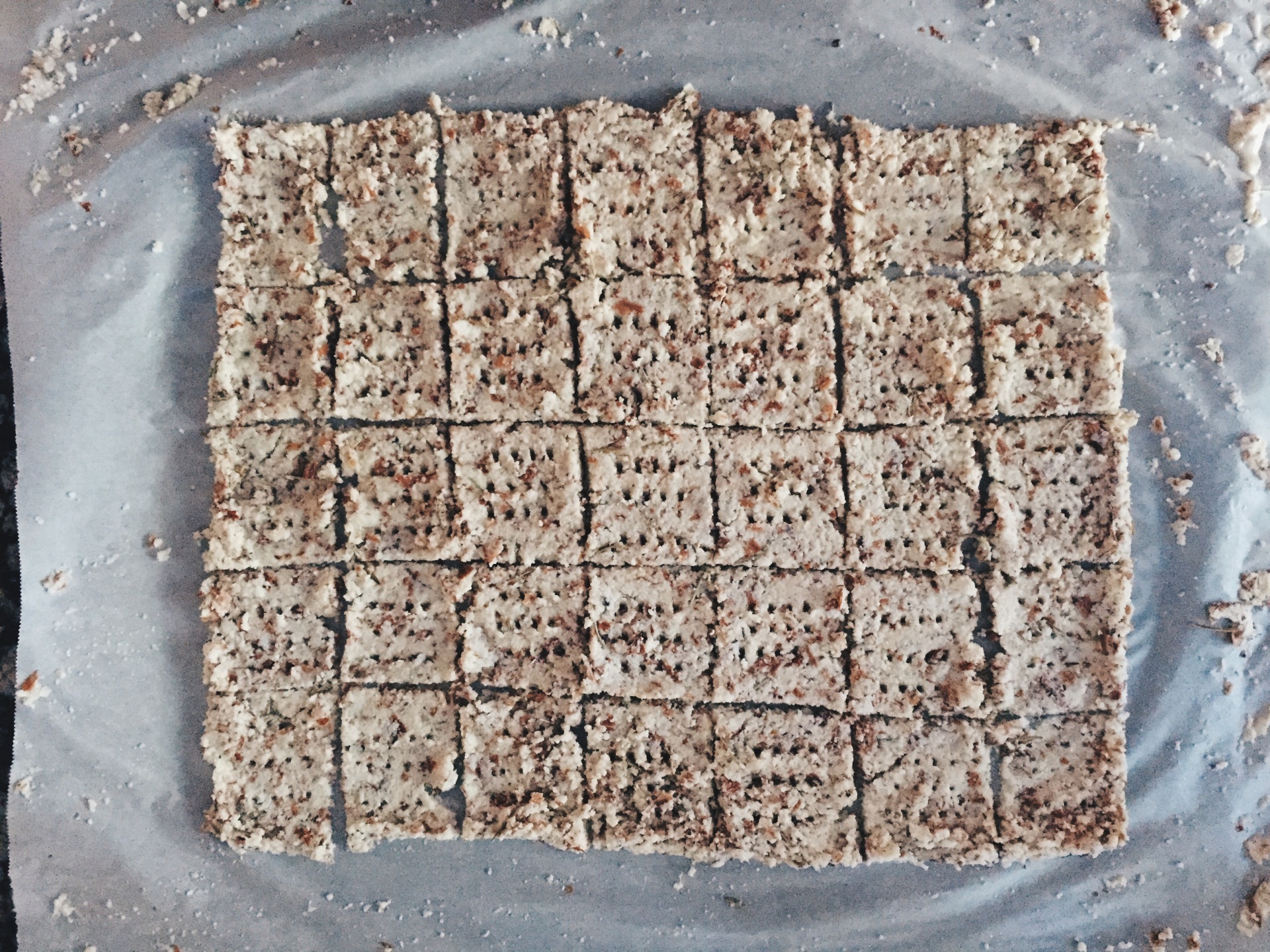 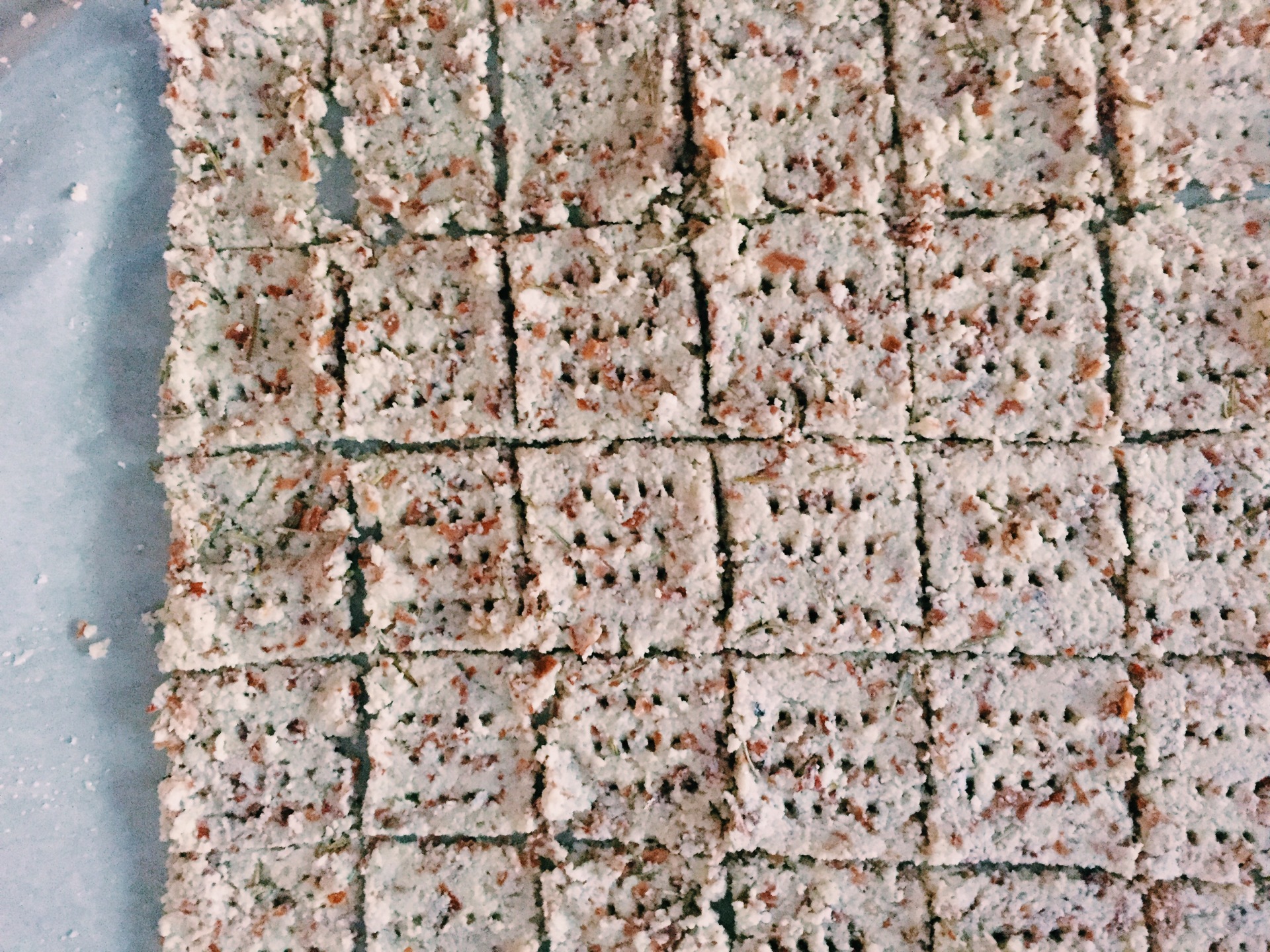 About an hour in the oven (flipping them over half-way through) and the crackers were golden brown with a perfect nutty crunch.

And all this from just one cup of almonds! Check out one taste at a time’s instagram for more recipe inspiration and join me in the pursuit to prove that happiness is still homemade.

One thought on “with just one cup of almonds…”