Picture this: someone blows up a pig intestine like a balloon until it takes the shape of a sausage casing. Then he/she stuffs said casing with more chopped up (and very well rinsed) intestines before tying up both ends with string, cooking it, slathering on some mustard sauce, and calling it andouillette.

Now picture this: Jacqueline (me) doesn’t know what andouillette is but thinks — what the hec I’m gonna be adventurous YOLO, am I right? — and decides to order it. And eat it. And subsequently google it because, you know, it didn’t taste exactly like normal sausage. In fact, it was oddly pink and chewy.

SURPRISE! Never thought you would have intestines in your intestines, did you? Well, there’s a first time for everything.

I apologize if anyone is offended or nauseated at the thought of what I consumed. Trust me, I was too. But please don’t stop reading. I promise it gets better.

For as long as I can remember, I always thought that if you want the best French food, you go to Paris. However, after moving to France back in September and beginning to explore and learn more about the country, I realized that, contrary to what I (and probably most people) assumed, it’s not Paris but rather Lyon that is widely considered the gastronomic capital of France. Some even go as far as to say the Lyonnaise cuisine reigns supreme on a global scale. This reputation was solidified back in 1935 when acclaimed French food writer Curnonsky definitively dubbed the city “the world capital of gastronomy.”

Naturally, I had to see what this was all about myself.

A traditional restaurant in Lyon is known as a bouchon. Usually small and family-owned, these authentic eateries serve rustic Lyonnaise specialties such as: 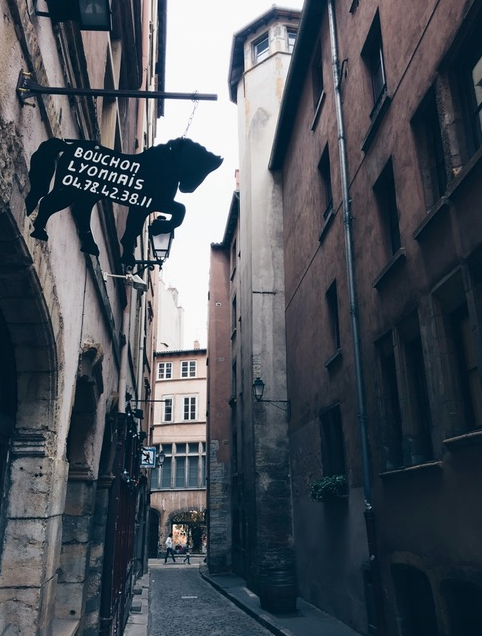 Sound appetizing to you? Yea, me either.

When I first realized how meat-heavy the Lyonnaise cuisine was, the veg-head in me got a little nervous. Although I wanted to experience what is so great about the cuisine in this region of France, the lining of a cow’s stomach is pushing it a little bit. And I just want to add that I would like to have a serious conversation with the person who first thought of stuffing a sausage casing with congealed blood.

However, I knew I would regret it if I came all the way to Lyon, the city which boasts the highest number of restaurants per capita in France (14 of which are Michelin starred), and didn’t eat in a traditional bouchon. The last thing I wanted was to be the person that goes abroad and spends more time seeking out the familiar “American” foods than pushing myself out of my comfort zone. It was up to me to adapt to the city I was visiting, not the other way around.

At Le Bouchon Des Filles, this meant unknowingly eating andouillette. Will I eat it again? definitely not. But in hindsight, I’m happy it happened; it’s not everyday you can say you ate such an an authentic French dish in the gastronomic capital of the world. 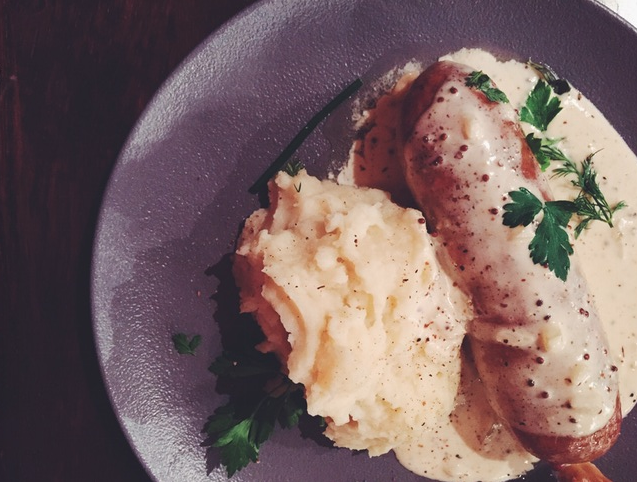 Plus, it was followed by what our waitress claimed to be the creamiest cheese in the region and what I deemed to be the hands down best cheese I’ve ever had in France. I’m not exaggerating when I tell you that I’ve since had dreams about this moment. Lyon is the city that renowned French chef Paul Bocuse calls home. Celebrated as the creator of the cooking competition Bocuse d’Or and chef at l’Auberge du Pont de Collonges (one of the only restaurants to be awarded a third Michelin star), Bocuse is more than a chef. He’s the ambassador of modern French cuisine. In fact, he’s been referred to as “a living phenomenon,” the “emperor of cuisine,” and “a god in Lyon.”

There’s even an indoor market that bears his name. Les Halles de Lyon – Paul Bocuse is a testament to his culinary genius and the regional flavors of the area. Although we didn’t enjoy a sit-down meal here, we did spend quite some time wandering through the maze of stores, restaurants, and market stalls eyeing the deep red praline tarts, dangling sausages, local produce, oysters, cheeses, dried fruit, and bread. 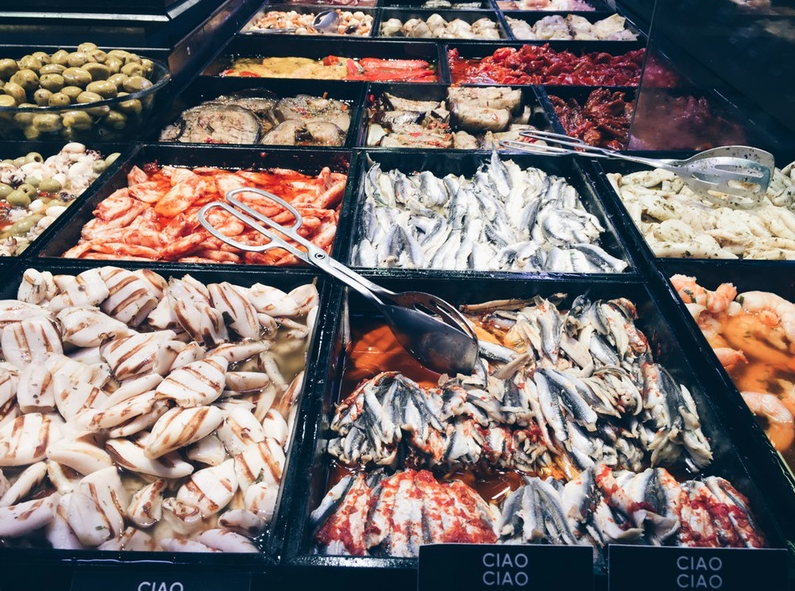 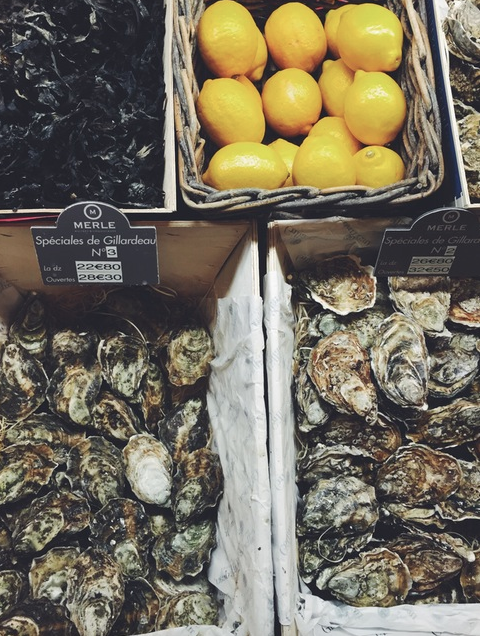 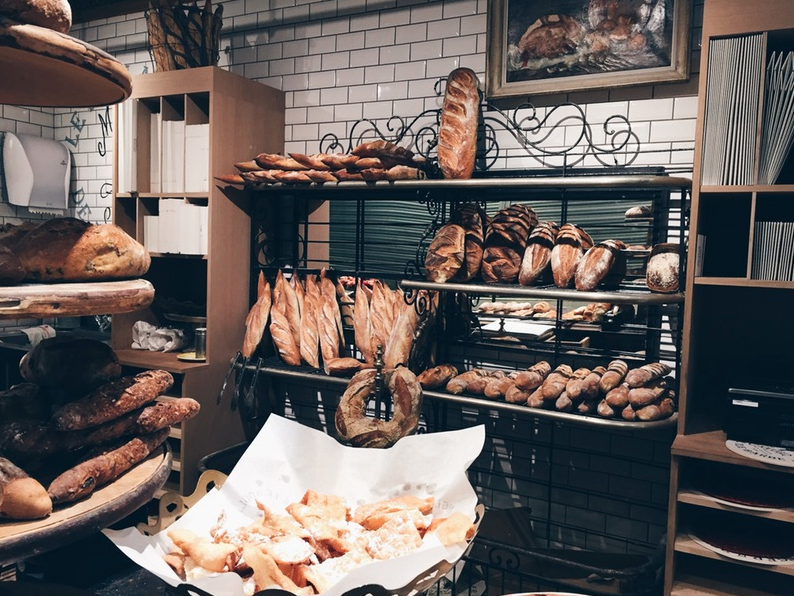 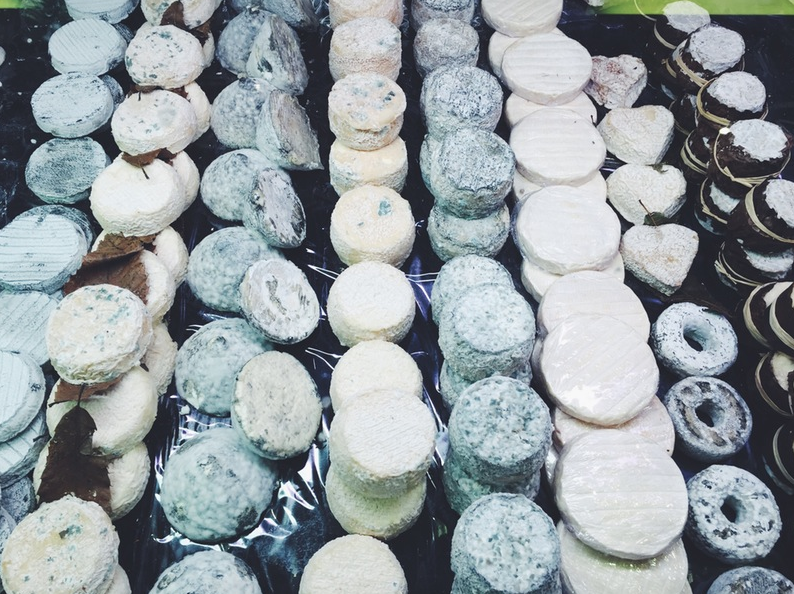 Outside of the bouchons, Lyon has its fair share of classic French restaurants.

And because no trip is complete without at least one meal at a crêperie, we headed to Le Marélie where I ordered a buckwheat galette with ratatouille, emmental cheese, and an egg. 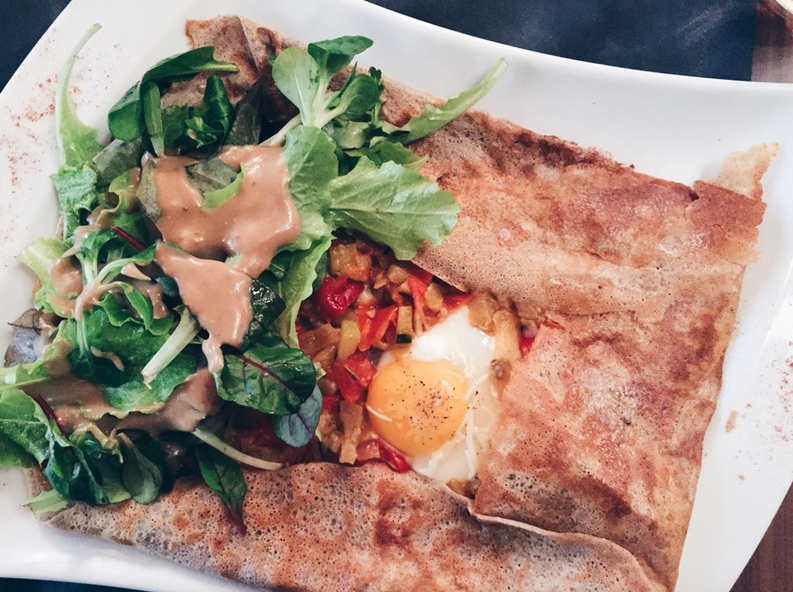